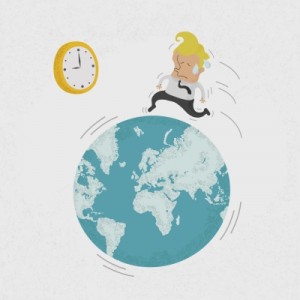 This whole week, I have felt two days behind. Everyone around me seems to be running late too. I’m even writing this post a day later than usual. I’ve felt overwhelmed with my upcoming book release—not my usual energy. My mantras this week have been many: I have more than enough time; everything will get done somehow; I trust others to get things done; it’s all going to turn out awesome.

I was just discussing the need to trust others when things are running late with my sister. Most of us work in some form of a team, even if it’s our personal life. I remember how I had a few other sisters who always ran late when we were trying to leave for church. I was “always” on time back then and found it frustrating to wait. Now, I’ve allowed myself to be late and go with the flow when it feels like there’s nothing I can do to change it. When I’m caught in traffic and know I’m going to be late for an appointment, I don’t sweat it as much. I call if it’s going to be more than ten minutes and simply do my best. I don’t drive faster anymore. What’s the hurry when I want to stay calm and safe?

Happiness is Being Late.

The other thing I have learned about being late is that sometimes you’re right on time. Have you ever had that happen? You think you need something on x date only to discover two days later that something better came along out of the blue.

Giving myself—and others—a break for being late has also been one of my new pieces of compassion. We all have run late at least one time. Sometimes I don’t know the reason someone else is late, so I don’t get angry with them anymore. I bless them and simply hold the intention of it all working out beautifully in the end.

This week I felt so behind that I even thought about cancelling my special lunch and fun time with a best friend. I fought the urge. There’s an old Buddhist saying: when you’re busy, meditate twenty minutes; when you’re really busy, mediate an hour. I meditated longer and went on my fun date. And then did the work needed when I could. It’s easy to get lured into sacrificing the fun stuff in our lives. The truth is that there is always stuff to do and that somehow it will get done. Deciding what’s critical and what can wait is part of growing up.

Have you been running late? Have you been trusting others to come through for you in the end? Join with me and give yourself a hug when you’re being late. Heck, maybe even go a step further. Hug the people in your life who are running late. We could all use a break out there.

Image courtesy of ratch0013 at FreeDigitalPhotos.net